Is there a more iconic 80s movie line than “say hello to my little friend”? I remember seeing Scarface while sneaking into the theaters with my buddy and his 18 year old brother. We were well under 17, back in the day when they actually denied entrance to underage kids for R rated movies. Luckily my buddy’s brother was dating the girl working at the door. We were the coolest kids in school for a week touting our exploits and quoting lines from the movies. We had gotten over. We had beaten the man. 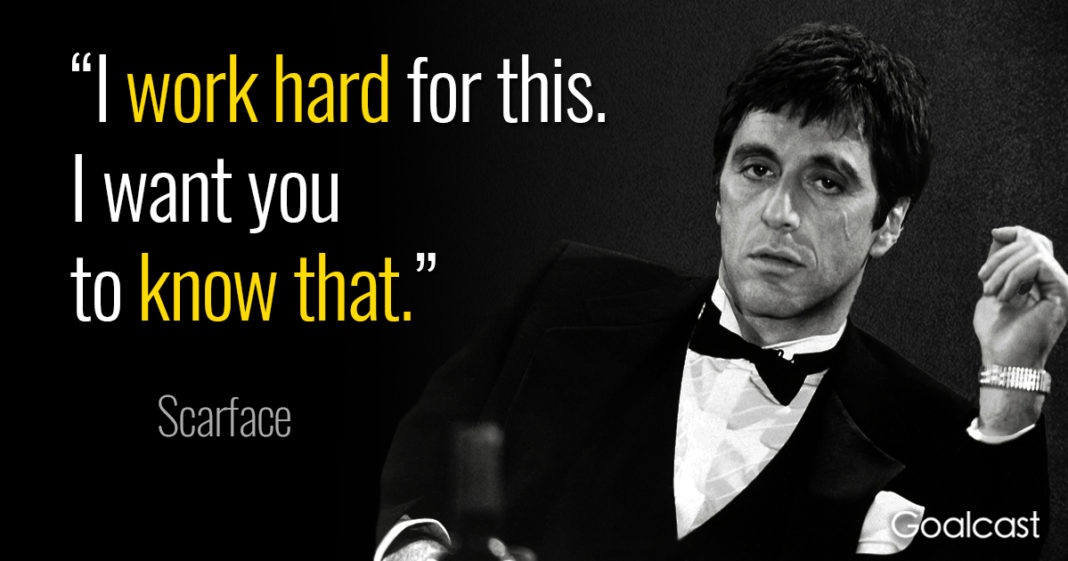 What we didn’t know was what the heck Tony Montana was shooting. It was a bazooka strapped to an M16! It was a fire breathing machine gun. It wasn’t until decades later that I researched exactly what it was. The gun was designed to mimic a M16 with an attached M203 grenade launcher. As with all things Hollywood, what you see, ain’t necessarily what you get. There were some problems getting Tony gatted up. The NFA, and camera technology. That’s no duck walk.

The armorer for the film, actually called prop masters back then, couldn’t find anyone to sell him a real M203 grenade launcher. It wasn’t mentioned, but I’m sure the timing of getting the stamp back to meet filming schedule probably didn’t work out well either. The ATF being the ATF, who knows how long or if they would approve the stamp. Consequently, the prop master would have to create a replica. A total of 5 replicas were made, and they were adapted to shoot 12 gauge shells. That took care of the legal problems in obtaining the real item. The rest of what is seen on screen is movie magic. Movies always tell you the truth, even when they lie.

The second problem was the M16 itself. The rate of the fire of the M16 did not lend well to the shutter speed of the cameras being used to film the movie. Through trial and error, it was discovered that a modified select AR15 could produce the desired cyclic rate to match the shutter speed of the cameras. Why is this important? The incredible muzzle flash from Tony’s gun as seen in the film would not be possible to capture without switching to the AR15. Movie magic requires more work than we give it credit for.

After filming the movie, the replicas were sold to a Hollywood armorer to be rented out to other movie, and TV production companies. The M203 attachment used in Predator is the same one used by Tony Montanna. There is no record of what happened to the 5 prop units made with the exception of one which recently sold at auction for $50k. If I win the powerball, I’ll be searching for one of the remaining 4. I mean who doesn’t want to rip off that line “say hello to my little friend” while holding on the the real star of the movie Scarface. That would be a “The World Is Yours” moment. 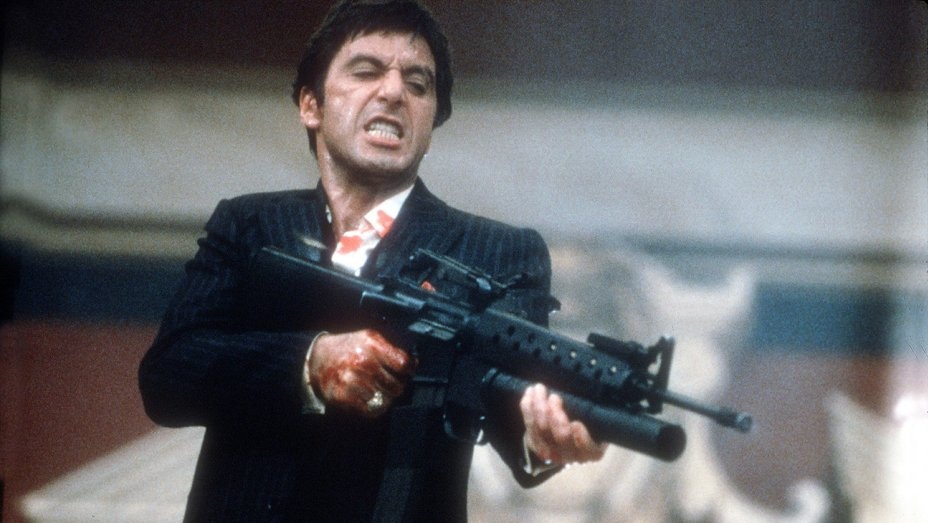 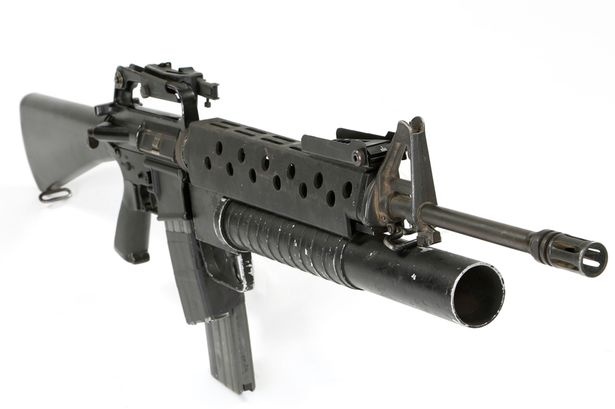 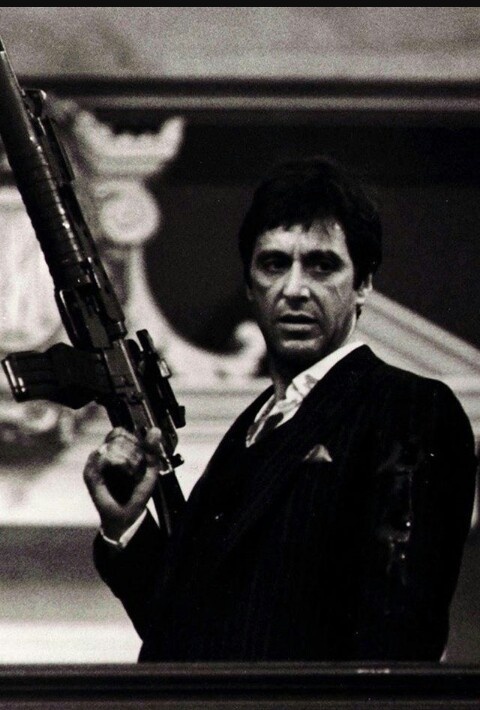 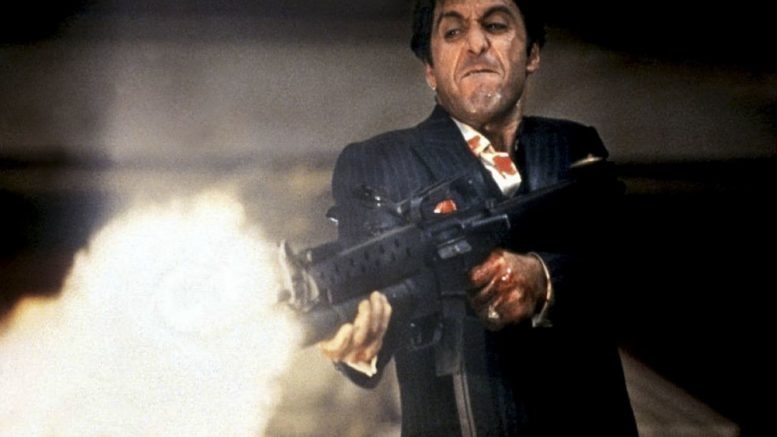 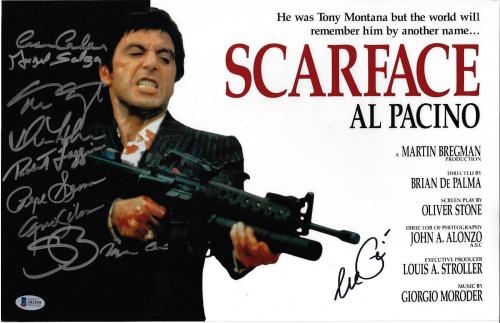